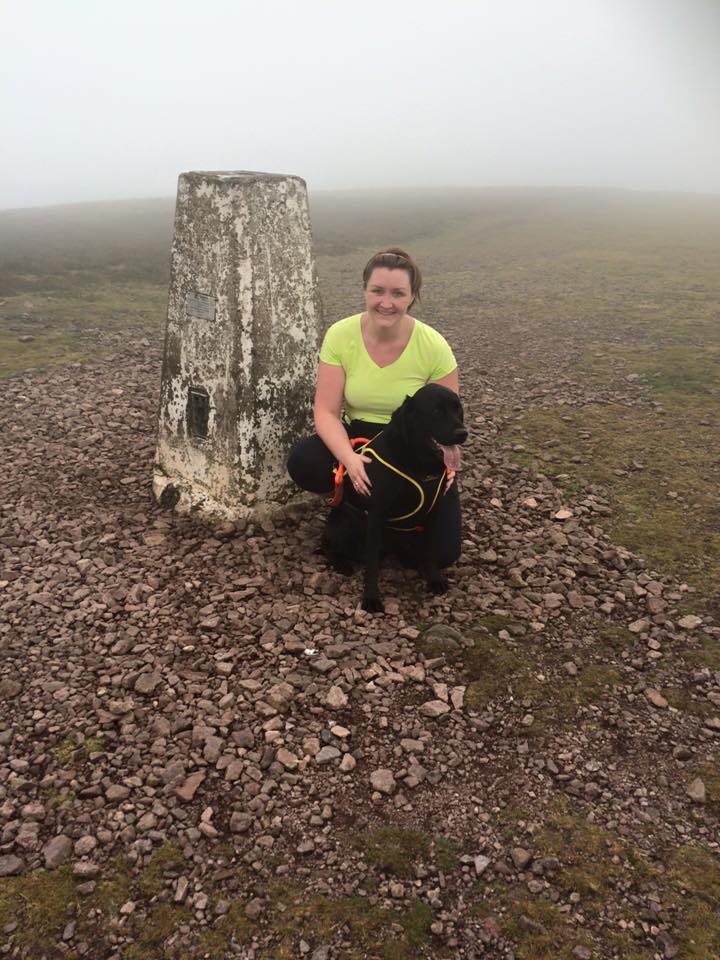 My Cani-fit Journey…
Dogs have always been a big part of my life and I rehomed Flynn in May 2013 after losing my shy, retiring girl Bella, who was afraid of her own shadow. I find myself wondering now whether she could have built her confidence as a Cani-fit dog… A friend messaged me after Cani-fit was featured on The One Show and joked that I should get involved with Flynn. I got a bit curious, did a bit of reading but didn’t take it any further, plodding on with my own stop/start exercise fads and obedience work with Flynn! I guess there was always a bit of me that wondered whether we could cut it at Cani-fit as January 9th 2015 saw us head to our first class after a quick google. At that time, I can’t say I saw it being a hobby for life, merely viewing it as my New Year exercise resolution (which generally only lasts until February!).
That first night at Strathclyde Park will never be forgotten. I went along expecting to be pampered and treated with kid gloves, didn’t expect to even run…how wrong was I?!? I was wholeheartedly supported by Lindsay and others within the group to challenge myself and work hard from that very first night. I can see why now…I should’ve joined a dog walking group if I didn’t want to run! If I said the words “I don’t think this is for me” once, I said them 100 times over that first night and the following week at Chatelherault, when I really did put ass to grass, only not as a planned exercise!! Lindsay encouraged me to see the block out and true to my nature; I refused to let myself miss classes that I’d already paid for!!
Running trails in the dark with my feeble headtorch almost broke me on my second night. I found that I had a lot to learn about dogs too. I’m ashamed to say I got rather stroppy when Flynn had a less than friendly response to his overzealous hellos. I’ve been fortunate that Flynn is pretty much bombproof and non-reactive but shouldn’t have assumed the same of others! A friendly message from Lindsay that night, suggesting a 1:1 in the daylight was really what helped me turn the corner and we had a very successful run at Cathkin Braes on the Friday of that week where I was able to borrow some trail shoes and start to focus more without my previous anxieties being a factor. After that session I was shopping for kit and had made the commitment to stick with it!
We really haven’t looked back since and have made some firm friends over the past 11 months. The highlights of 2015 have been completing two Ruff Dugger courses and seeing Flynn so happy each week. It’s a privilege being entrusted to rehome a dog and promise them a different future. I feel content in the knowledge that Flynn is active and happy and often share pictures and stories with Labrador Rescue Scotland to show how much he loves his hobby! Had I listened to my head instead of my heart (and Lindsay!!!) in those first few weeks, I doubt we’d be where we are now. Self belief is something I lack in when it comes to physical activity and my mind gives up before my body is ready to at times! My commitment to Flynn perhaps outweighs my commitment to myself at times but I’m ok with that as it means we will keep “just dae’ing it”!
I’m looking forward to 2016, hoping to enter some events and develop my newly sparked interest in bikejor! The best advice that I could give to any newcomer would be to give themselves at least that first 4 week block to gain confidence, start mixing with others and learn just how much they and their dog can get from running together! I’d also highly recommend a 1:1 session without some of the distractions or challenges that the class environment can present at the beginning of the journey! You’ll always be guaranteed a very warm welcome from Flynn at class!!!

Cani-Fit featuring on BBC One Show

Reserve a space in the Canicross training groups